The State of Research on Collective Action in the Commons

Abstract:
In this talk, I will share my views on the state of empirical research on collective action in the commons – rural, urban and global commons. I will talk about my own research how collective action in the commons is affected by decentralization, group size, heterogeneity of players, property rights and their enforcement, resource scarcity, migration, urbanization and robustness of Social-Ecological Systems. I will also share some thoughts on urban commons – what they are, examples, issues and research methods. I conclude with some thoughts on the study of global commons. 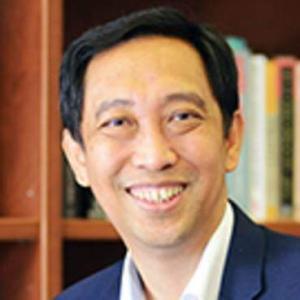 Ed is both an academic and a practitioner. He has 30 years-experience in academia and government including 20 years of Asia focused advisory / consulting for governments / donors and executive education. He holds a PhD Degree in Public Policy from Indiana University-Bloomington on a Fulbright PhD Scholarship with Elinor Ostrom (2009 Nobel Laureate in Economics) as his supervisor.

He specializes in the study of institutions for collective action. He has published in Public Administration Review, Journal of Public Administration Research and Theory, Governance, Policy Sciences, World Development, Environmental Science and Policy, Cities, Land Use Policy, Water Resources Research, Nature Human Behaviour among others.

His awards include Fellowships at the Center for Advanced Study in Behavioral Sciences (CASBS), Stanford University and Fellow at the research centers of 3 Nobel Laureates in Economics (Coase, Ostrom, Stigler). He received the 2013 Ostrom Prize for the Governance of the Commons, a Fulbright PhD award, and the 2016 Pamana ng Lahi Presidential Award for outstanding overseas Filipinos.

As a practitioner, Ed has a large and active portfolio of government advisory, consultancy, executive education and media engagement. His leadership record includes stints as Vice Dean for Research (2015-2017) and Assistant Dean for Academic Affairs (2009 – 2011) at LKYSPP. He served in three editorial boards, is co-editor of the Cambridge University Press, Associate Editor at Oxford University Press and peer reviewer for journals. He was Co-director of the Institute of Water Policy (2016-2022), Vice Chairman of the Asia Pacific Water Forum and principal investigator of the program on ABCD (AI, Blockchain, Cloud and Data) at the LKY School.

Missed it? You can watch it below!